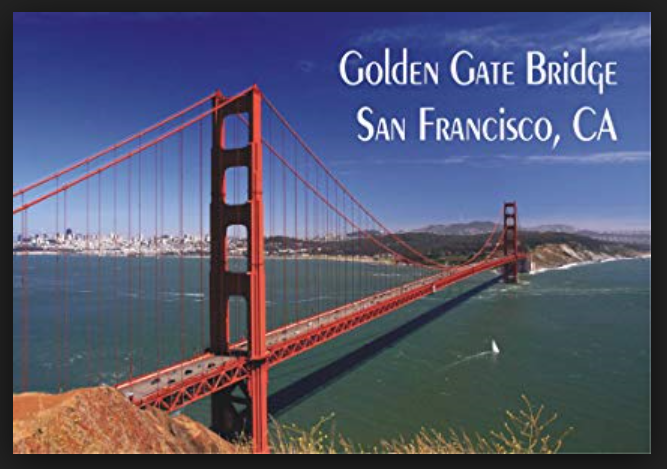 Did you know how expensive San Francisco is?  I had no idea three years ago when I sat down with eight 6th grade girls to talk about their 8th grade trip.  I had no idea when we all decided how exciting it would be to “bridge” across the Golden Gate Bridge.  Well, I know now!  (Bridging is the ceremony for moving from one level of Girl Scouts to another)

Ironically I don’t regret that I didn’t know then what I know now, because by creating a big dream those Girl Scouts created a success story.  Not once did any adult tell them it was too big of a dream, that it was too expensive.  Not once did any adult tell them why they couldn’t make it, or why they shouldn’t dream that big.  Maybe we would have if we had known that first year, but we didn’t.  What we did know was that we had achievers and dreamers, and what they showed us was when they set their mind to something they make it happen.

So the girls made the money, and now I’ve got to get them to San Francisco!  I thought I’d share a little about what goes into that for other troop leaders or group leaders that find themselves in similar situations.

People usually start planning a trip by asking what it’s going to cost.  We took a different approach.  It wasn’t until this last year that we ever said we need $x more dollars.  What we said was do your very best at raising money, work very hard, and then we will see how much money we have and will build a vacation around that.  I think that helped us to build excitement over what we had, and where we were going.  It never once had us focusing on how far we still had to go.

We also realized that fundraising wasn’t a one size fit all model.  Different girls would be good at different kinds of fundraising.  Some girls could sell hundreds of cookies.  Other girls might have contacts to host events or sell baked goods.  By allowing each girl to bring ideas to the fundraising table, each girl contributed and had success.  We also focused on hard work.  Not you earned more money for the troop then you did, but instead always asking did you do your best and work hard.  Every girl was able to experience some type of success.

Six months before the trip the girls nailed down their schedule.  They all brought ideas to the table, and they talked about what they wanted to do.  As troop leaders there were a few non negotiables.  Safety.  Safety.  Safety.  We picked the hotel.  We picked the transportation.  Safety always being our number one priority, and we had to ensure that we didn’t settle on anything that wouldn’t make this a safe trip.  We booked our hotel first before anything else as we knew that would be the biggest single expense.  Transportation ended up being our biggest challenge.  Getting 9 people and luggage to and from the airport (in SF).  Staying together as a group in one vehicle, and not having it cost a thousand dollars.  Plus coordination of travel and getting from point A to point B during our trip.  Transportation is very stressful, but we figured it out.

If we were going to San Francisco we were going to Alcatraz. That is the one site that had such historical value that we felt it would be our failure as troop leaders if we didn’t ensure they all had that opportunity. That was the one location that we, the troop leaders, put on the list as a requirement.  Beyond that it was up to the girls.  We had each girl do their own research and bring a list of ideas to the troop early on in the planning stage.  In September we sat down, went through that list, and the girls researched how much each place would cost.  They also had to go the extra step to see if their choices were in the area where we would be staying.  San Francisco is a big city, and remember how I mentioned transportation logistics and cost…

If you’re a Girl Scout Leader and want to learn more about all that went into planning our trip in more detail please reach out.  We have spreadsheets after spreadsheet, cost analysis, company names.

Sharing our blogs is the best support you can give!

This site uses Akismet to reduce spam. Learn how your comment data is processed.