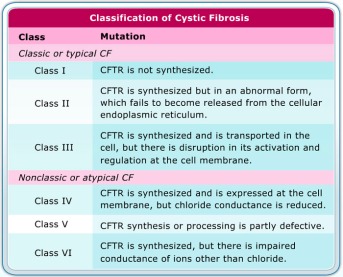 The cystic fibrosis nurse called me today.  Honestly I was surprised.  I thought maybe they were just calling to check on Lexi.  Instead she wanted to talk to me about an update they had received from John Hopkins on the girls genetic screening.

We didn’t learn anything new, except that the hospital had finished their second full sequencing of the girls DNA and could not find their mutations.  The doctor had prepared us for that originally, telling us that the odds that they just “missed them” the first time would be rare.  So I really wasn’t surprised.  We know new mutations are discovered every year and with Lexi’s late diagnosis and spike in chloride levels after puberty, that they probably carry extremely rare mutations.

It’s what came next that I wasn’t prepared for.  There has been a lot of news this week about advances in drug therapies for cystic fibrosis.  Drugs that can treat a spectrum of mutations.  So they wanted me to understand that an undiscovered mutation means Lexi won’t qualify for any of those current specific treatments.  That makes total sense, but it had never occurred to me.  As the nurse talked I realized I was crying.  It felt like a punch in the gut.  It’s like you think that your mind has gone through every possible scenario, and then the unexpected.  We talked about it, and I told the nurse well I guess we just need to keep her healthy.

My brain won’t let it go.  We had friends over tonight to celebrate Brooklyn’s BFFs birthday and I was telling my friends about the call.  The lump in my throat won’t go away.  It’s that dreaded “what if” that keeps running through my mind.  It’s almost like I can’t catch my breath when I think about it.  Adam says we have a lot to be thankful for.  There are kids who have had lung transplants by Lexi’s age.  Lexi is so much better off than so many.  He is right.  I have to get over it.  It’s just one of those things that, when you think you’ve got things figured out, just hits you.

I’m tired of surprises, but I am thankful.  I know that it could be so much worse.  I know that we have a wonderful doctor and wonderful support system.  Some days/weeks/months are harder than others.  Today was unexpected, unprepared for, and just hard.  Tomorrow is a new day…

Sharing our blogs is the best support you can give!

This site uses Akismet to reduce spam. Learn how your comment data is processed.